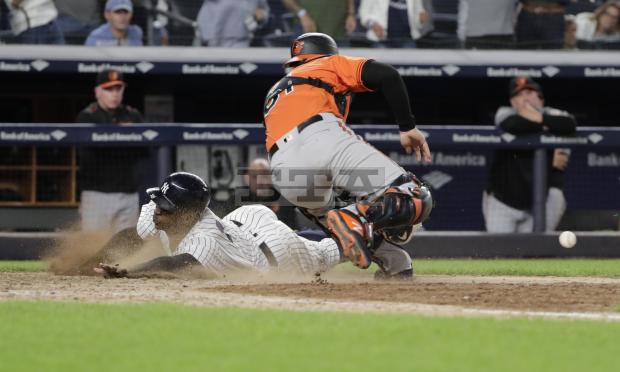 New York Yankees star SS Didi Gregorius may miss the rest of the 2018 season with torn cartilage in his right wrist, Yankees manager Aaron Boone announced after the Yankees’ 6-3 loss to the Orioles today.

Gregorius tore cartilage in his right wrist while sliding home Saturday, according to the Yankees manager. He underwent an MRI exam and received a cortisone shot in the wrist, but Boone said it is possible the shortstop will not return this season as the team waits to see how he responds to the shot.

With the race for home-field advantage in the wild-card game still tight, an extended absence from Gregorius would hurt. The shortstop is slashing .268/.336/.498 with 27 home runs this year.