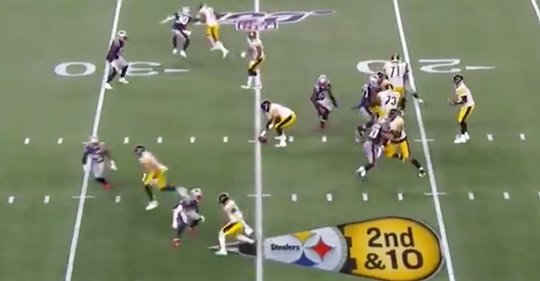 Nothing was going right for the Steelers tonight, but one play in particular showed they could have used a longer preseason. The Patriots absolutely handed the Steelers there ass tonight as they whopped them at their home opener
in a 33-3 blowout. Pittsburgh appeared shell shocked late in the game and things go so bad for them that they were called for a penalty after forgetting to snap the football. For a team that was supposed to be competitive this was not a very good showing for them. Perhaps the Patriots are just that dominant and with Antonio Brown joining them next week it looks like it will be a long season for the other 31 NFL teams.

"False start…. All the linemen except for the center."pic.twitter.com/9bNwAA9vec