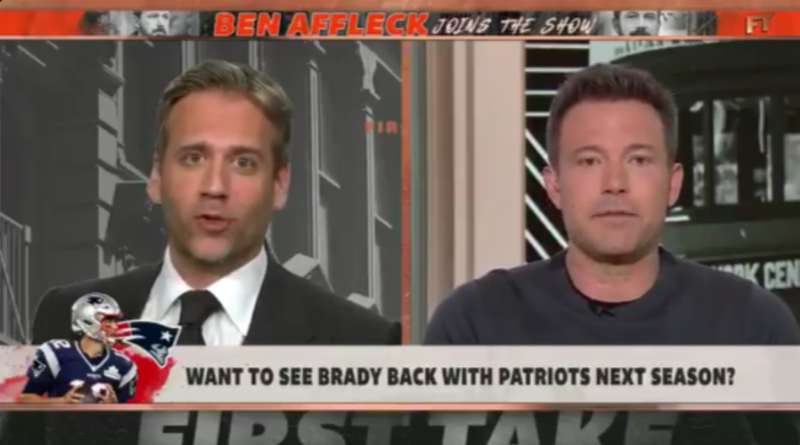 Not all heroes wear capes, but sometimes Ben Affleck does. Ben didn’t need his Batman suit today to defend the honor of Tom Brady and the Patriots. Affleck spent his day going around the sports scene and caused a stir defending the Patriots and Red Sox. Say what you will about Ben, but he will go through great lengths to represent Boston sports teams. He even went as far as to shut down movie production of “Gone Girl” for four days, because as any true Boston sports fan he refused to wear a Yankees hat. This time he took on the king of bad hot takes.

Max Kellerman’s infamous “cliff” take is one of the worst in sports history. Affleck had some words for Kellerman when he appeared on his show earlier today.

“I think if you don’t recognize is the greatest quarterback ever to play the game, you’re not qualified to talk about sports,” Affleck said. ” I don’t see how you could possibly look at what he’s done in his career his character, his achievements, his tremendous fan loyalty and not say, ‘This is the best quarterback who’s ever played the game.’ ”

.@BenAffleck confronted @MaxKellerman about his Tom Brady cliff theory and it 👏 was 👏 awesome 👏 pic.twitter.com/UhudEw3jjY