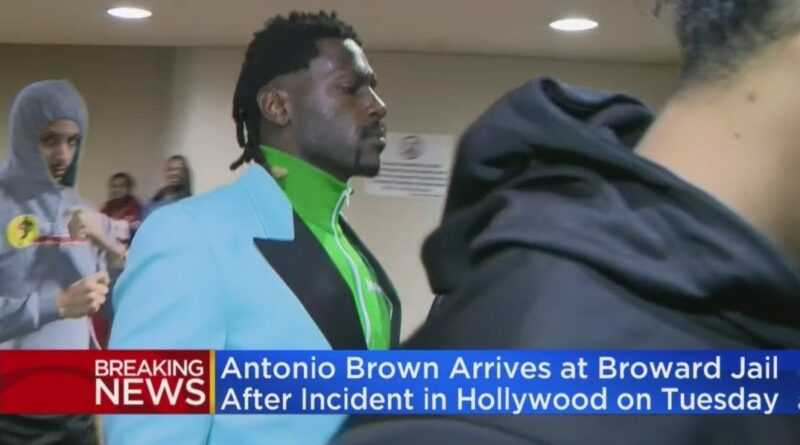 Brown surrendered himself to Hollywood police after being issued an arrest warrant 24-hours ago.
Brown arrived at the Broward County Jail at around 10 PM.

It’s safe to say no team will be looking his way anytime soon and his career is likely over.

Antonio Brown wore that same suit to the NFL Honors ceremony in 2018. Now he’s wearing it to jail. Quite a fall from grace. pic.twitter.com/q2BF3XaNMy

The judge ordered Brown to wear a GPS monitor, surrender his passport, and undergo a mental health evaluation. pic.twitter.com/IdCkH8jlcG