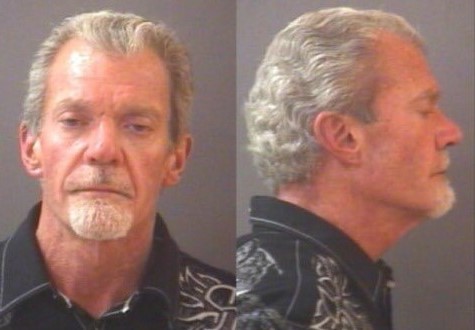 Colts season ticket holders, enraged by the sudden retirement of Andrew Luck are asking the Colts to refund their tickets. There is no word if the often shady Colts owner Jim Irsay will honor their wishes, but with him involved it reeks of scandal.

It wouldn’t be shocking to believe Indy knew for a while that Luck was retiring. Irsay could have offered a secret deal to hold off the announcement until days before the season starts. If season ticket holders had caught wind of this earlier, the Colts could have lost more revenue than they would have if the fans had three months to think about it.

This would explain the strange timing and why Irsay so generously let Luck keep the entirety of his massive signing bonus. Jim Irsay doesn’t exactly have anything in his profile that suggests he is the generous type. It is quite possible something more nefarious was at play here.

Who wouldn’t trust a guy that had a dead hooker in his apartment? Irsay is the shadiest owner in professional sports. He has been caught in numerous scandals including pumping fake noise into the stadium, attempting to derail the Patriots with the Deflategate scandal. Irsay also got busted with oxycontin along with a bag of cash with $30,000 during a DUI.

This is who Jim Irsay is, a sleezy, silver spoon fed, out of control party boy that took over the family business when he inherited it from his father. He knows nothing about class, and I certainly wouldn’t put it past him to do whatever it takes to screw over his own fan base to line his own pockets. Perhaps I may be wrong, and if for some reason this does become a nation wide scandal, and the theory is proven wrong, I will be happy to remove it after six months.

Andrew Luck would have retired earlier in the 2019 offseason, but team owner Jim Irsay convinced him to delay his decision, The Boston Globe’s Ben Volin reported Sunday, citing an NFL source. Critics blasted Luck for announcing his retirement Aug. 24, just over two weeks before the start of the regular season, but the Colts reportedly were prepared for the 29-year-old to walk away due to mental burnout. “… A league source said Luck wanted to retire earlier in the offseason, and Irsay basically didn’t let him, imploring Luck to take as much time as possible with his rehab and his mind-set,” Volin wrote in his Sunday NFL Notes column.

Nothing better than watching a conspiracy theory ring true, except this wasn’t exactly throwing a blind dart. This theory was based fully on the character of the shady Colts owner. It is expected of Jim Irsay to sink to the lowest levels of any potential scandal. This isn’t his first trip around the block.

"Those fans to my knowledge have never booed Andrew Luck once. In all those years, all those darkest hours… I don't think they were booing him, they were booing 'it'. The 'it' was the shock the frustration, the utter disbelief."@RealSkipBayless on Colts fans booing pic.twitter.com/2a57yaJWKn