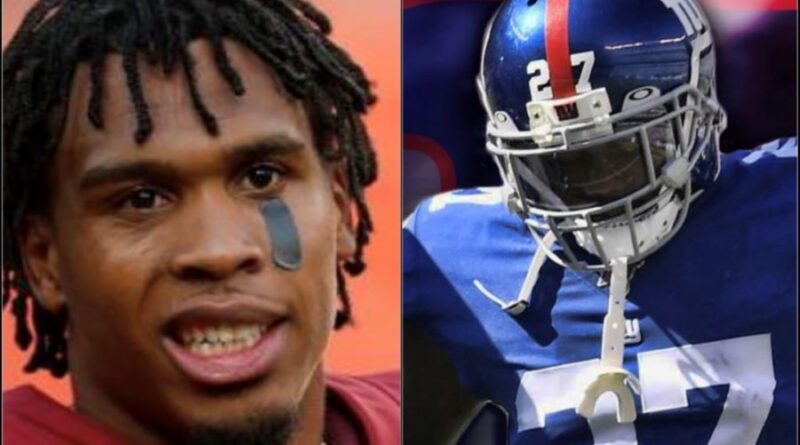 Two NFL players have been charged with armed robbery after attending a party yesterday. It is believed the two players, New York Giants cornerback, Deandre Baker and Seattle Seahawks corner Quinton Dunbar were seeking revenge after reportedly losing over $70,000 while gambling last weekend. Both players are facing four counts of armed robbery, while Baker is also facing four counts of aggravated assault with a firearm.

According to the police, Baker and Dunbar, attended a party at a private residence Wednesday night when an argument broke out, and Baker drew a semi-automatic firearm, according to the arrest affidavit. With Baker directing, Dunbar helped collect more than $11,000 in cash, an $18,000 Rolex watch, a $25,000 Hublot watch, a $17,500 Audemars Piguet watch and other valuables.

At one point, Baker ordered another armed man in a red mask to shoot someone who walked into the party. The armed man did not comply. There are conflicting witness statements about whether Dunbar had a gun or not, Either way this appears to be premeditated since they had three cars setup for a quick getaway

Baker and Dunbar “lost” about $70,000 two nights earlier at a different party in Miami, and TMZ.com reports the losses were from gambling.

The NFL and Giants both said they were aware of the matter.

It is safe to say if there is a season this year. These two clowns won’t be participating.

Quinton Dunbar and Deandre Baker a few minutes after they rolled up to the party pic.twitter.com/zkNWcxllX1