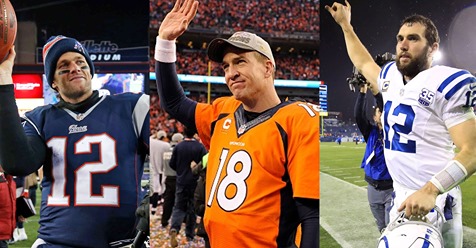 The Indianapolis Colts organization and their fans have had high hopes of building a dynasty of their own. Armed with two of the most hyped quarterbacks in NFL history for the past 21 years they believed glory days were ahead. Unfortunately for them, Tom Brady had different plans. Indy’s dream officially dies last night with Andrew Luck announcing his retirement.

Many Colts fans believed Luck would be able to bring them the multiple championships they expected during the Manning era, especially after Tom Brady retired. They obviously didn’t think Brady was going to play past 40 years old after accomplishing as much as he has. All they would have to do is wait out Brady’s retirement announcement and young Andrew Luck would put the Colts in the drivers seat for the next decade, but that has come to pass. In a bit of an irony the Colts next successor will be none other than Brady’s former backup Jacoby Brissett. At this stage of the game it would be hard bet against Brady outlasting his career also.

The Colts crackpot owner Jim Irsay believed a few months back that it was their destiny.

“I really feel like this is a young team that’s ascending,” he said, via the Indianapolis Star. “You guys know, I will unabashedly say, I’d like to win three in a row. How hard is it? I mean, it’s hard as hell just to win one.”

Not only did @TomBrady outlast Peyton Manning, but he’s outlasted Manning’s successor in Andrew Luck. Think about that for a minute.