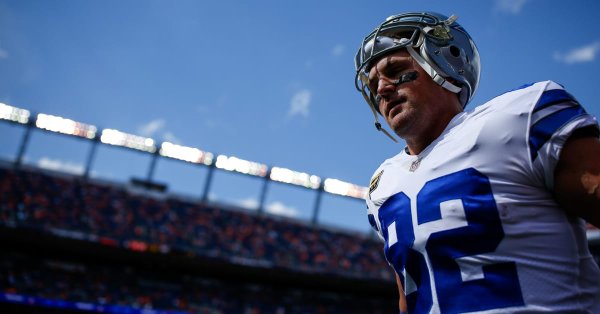 Dallas Cowboys legendary tight end is back.
Jason Witten who was aMonday Night Football broadcaster has decided to leave the booth to return the gridiron for the only NFL team he has ever played for, the club announced Thursday. Witten will earn roughly $5 million in 2019, according to NFL Network’s Ian Rapoport.

“The fire inside of me to compete and play this game is just burning too strong,” Witten said in a statement distributed by the team. “This team has a great group of rising young stars, and I want to help them make a run at a championship. This was completely my decision, and I am very comfortable with it. I’m looking forward to getting back in the dirt.”

Witten, 36, didn’t end a 15-year ride with the Cowboys because he could no longer perform. He stepped away for a rare opportunity at the top of a new profession. He candidly discussed the up and downs of his new career as the lead analyst for MNF and whether or not he considers coaching an option in the future.

The #Cowboys are giving their new/old TE Jason Witten roughly $5M to come out of retirement for the 2019 season, source said. Witten had considered it for some time, now makes the dramatic return.