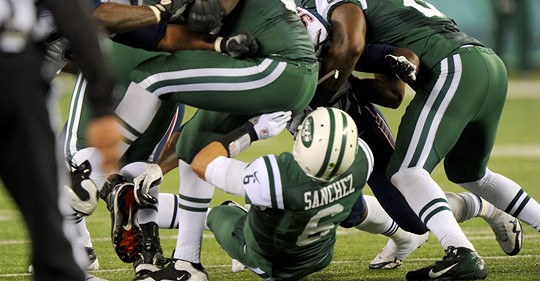 Mark Sanchez announced his retirement today but he will not be forgotten. Sanchez had one of the most infamous plays in NFL history, a play that will live in infamy. During a Thanksgiving Day game against the Patriots, Sanchez fumbled after running into his offensive lineman’s ass, the ball was picked up by the Patriots Steve Gregory and returned for a touchdown. Sanchez was drafted by the New York Jets with the fifth overall pick in the 2009 NFL Draft.