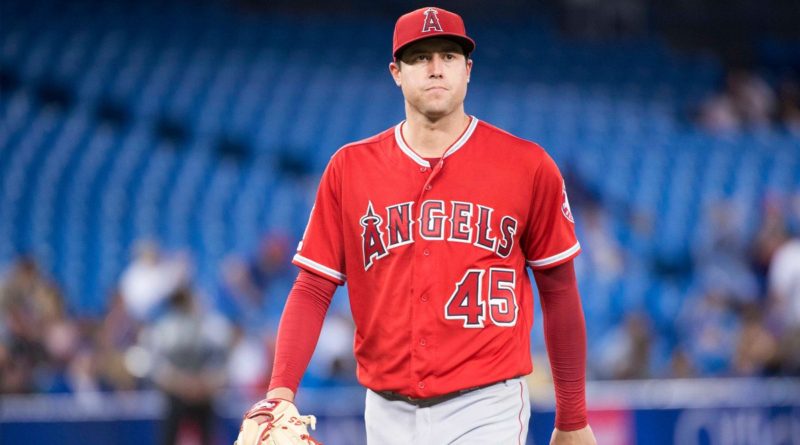 A shocking development for fans across major league baseball after news broke that Los Angeles Angels pitcher Tyler Skaggs was found dead in his hotel room. Skaggs died Monday, the team announced. He was 27.
Police responded to a report of an unconscious man in a hotel room in Southlake, Texas, and pronounced Skaggs dead at the scene. No foul play is suspected and an investigation is ongoing, police said.
“It is with great sorrow that we report Tyler Skaggs passed away earlier today in Texas,” an Angels statement said. “Tyler has, and always will be, an important part of the Angels Family. Our thoughts and prayers are with his entire family during this devastating time.”

The Angels’ game against the Texas Rangers scheduled for Monday was postponed. Rangers general manager Jon Daniels told media that he had discussed only Monday’s game with MLB, but he would be open to talking if the league feels more games need to be postponed.

Skaggs last pitched Saturday, going five innings at home against Oakland. He had gone 7-7 this year in 15 starts, recording a 4.29 ERA with 78 strikeouts in 79 2/3 innings.

MLB Commissioner Rob Manfred issued the following statement: “I am deeply saddened by today’s tragedy in Texas. All of us at Major League Baseball extend our deepest condolences to Tyler’s wife, Carli, their family, their friends and all of his Angels’ teammates and colleagues. We will support the Angels’ organization through this most difficult period, and we will make a variety of resources available to Tyler’s teammates and other members of the baseball family.”

This is a terrible blow to the Angels franchise who had to deal with this before in 2009 when pitcher Nick Adenhardt died in a fatal car accident. Our thoughts are with his family and fans at this difficult time.

Angels statement on the passing of Tyler Skaggs. pic.twitter.com/6XA2Vu1uWV

Tyler Skaggs made batters look like they were trying to play golf.