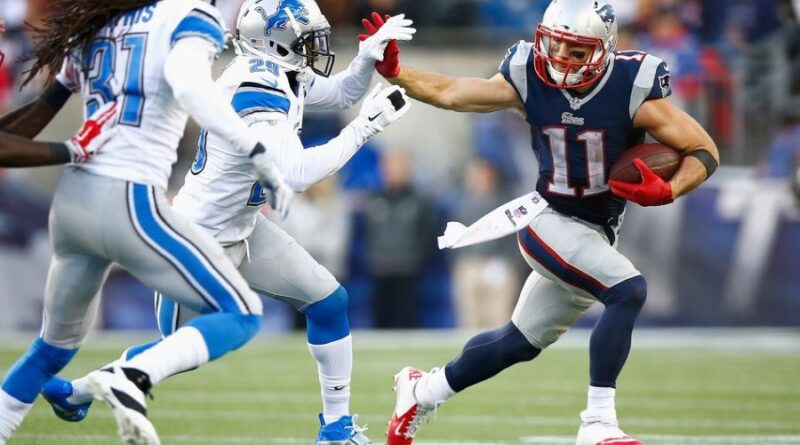 The Ringer’s, Bill Simmons has been a longtime Boston sports loyalist. So much so that it got him fired from ESPN when he would not cooperate with their Deflategate narrative. Now Simmons is suggesting that Julian Edelman could be next to go. On The Herd show today Simmons said that WR Julian Edelman could soon be traded to the Detroit Lions, as Colin Cowherd acknowledged the rumors. Granted today is April Fools Day but these guys likely have some inside knowledge of something in the works.

“Even Edelman, it seems like he might be headed to Detroit, is that official?” Simmons said to Cowherd.
Cowherd responded, “it’s talked about.”

This would be a move for the Patriots to slip back in the draft and stockpile numerous picks, in an attempt to land Justin Fields or Trevor Lawrence in next years draft. While this may be an option, Belichick definetly wants to see what he has in Stidham before going in a different direction. Seeing Edelman traded away would not be a complete shocker, because it seems Bill Belichick wants a fresh start.

Simmons also had some words for Tom Brady. He was definetly less than impressed with the way he left town. Simmons has always worn his heart on his sleeve when it comes to Boston sports. Perhaps he was saying what many Patriots fans are feeling after they felt abandoned by Brady.

“WHY NOW?? It’s been 20 years! You have a chance to have one of the all-time careers: drafted by a team and finishes your career with the team. Didn’t you watch the reaction with Kobe in Los Angeles and how much he meant to people here because he stayed here the whole time? Like what is better than that for a legacy? You’re going to go to Tampa, play for Bruce Arians, and have a bunch of 75-year-olds in the stands on a team with no history? How do you do this?? How is this how your career ends? I just don’t get it… I think he’s just going to keep going until this thing ends badly, and he has that same season that Peyton Manning had when Manning had 9 TDs and 17 INTs and people were wondering if Brock Osweiler should take his job. Is that how Brady wants this to end? I guess it is.”

You can hear the discussion about Julian Edelman around the 8 minute mark.