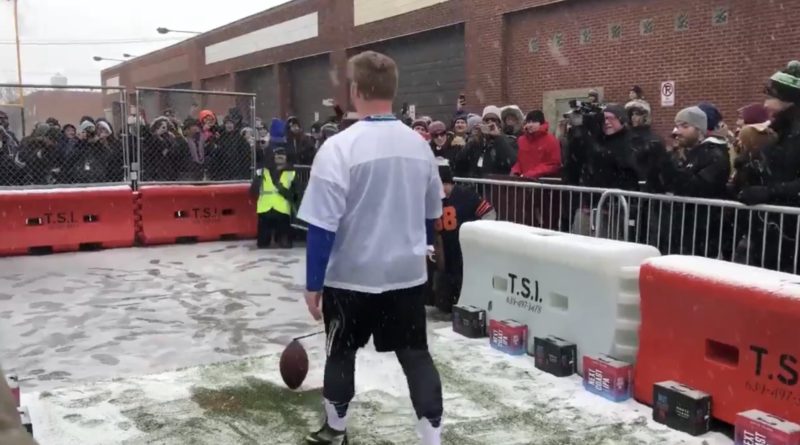 Everyone by now has seen the ridicule, social media madness, and endless supply of memes at the expense of Chicago Bears kicker Cody Parkey for missing a 43-yard field goal to eliminate the Bears from the playoffs. Goose Island Brewery decided make a challenge to fans and erected a goal post and set up the ball up 43 yards away to give 100 fans the opportunity to try to make what Parkey couldn’t. Every fan who knocked it through the uprights would win free beer for a year.

One man, who waited 5 hours to be first in line (who was a kicker in high school) started off the day with a pretty embarrassing attempt and many others found out it’s easier said than done and this isn’t even in a pressure-packed NFL game trying to seal a playoff victory.

That was epic fail #1 of many. “A 43-yard field goal, we really do believe, is much more difficult than the armchair kickers think it is,” Goose Island president Todd Ahsmann stated.

He was right as all 100 fans given the opportunity failed!!