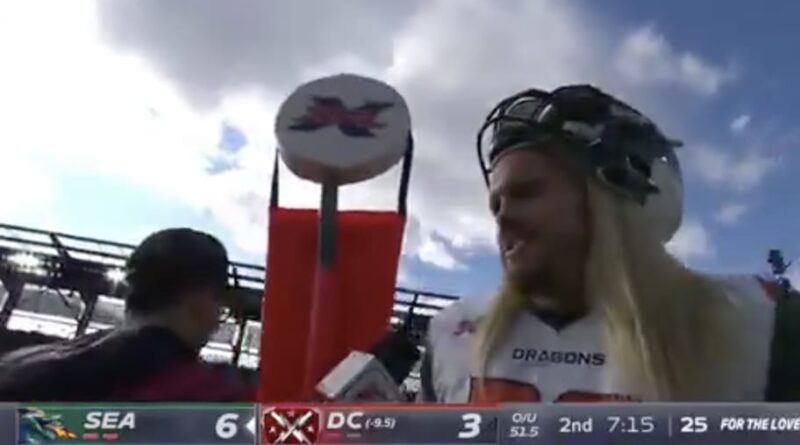 They say everyone has a doppelganger somewhere. It didn’t take Patriots rookie Chase Winovich long to find his. During the debut XFL game, a Winovich look alike, quickly caught the attention by social media after dropping an F-bomb on National TV.

The league that is owned by Vince McMahon of World Wrestling Entertainment fame, is giving his idea another opportunity after it failed a decade ago. The XFL got off to a better start this time around, but time will tell if they will stick around longer.

Among rule changes that differentiate the kickoffs, extra points and viewer experience at home, the XFL has implemented real-time sideline interviews during the game after crucial plays.

First XFL f-bomb of the season. Should be plenty more. pic.twitter.com/yCJNTv5lgg

Identity theft is not a joke! https://t.co/PmlicUC8u2