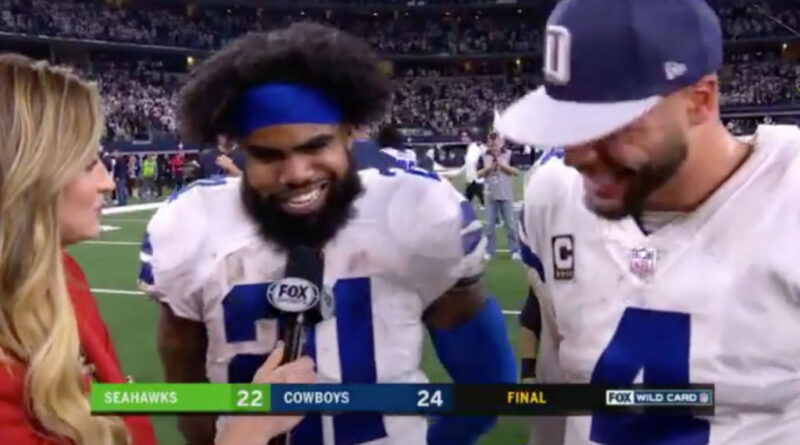 The drama is finally over in Dallas.The Cowboys signed Ezekiel Elliott to a six-year, $90 million contract extension. The deal includes a whopping $50 million guaranteed. Zeke’s $15 million annually not only surpasses Todd Gurley’s previous league-high mark of $14.375 million per year, it officially makes the 24-year-old Cowboys star the league’s all-time highest-paid runner and ties him to Dallas through the 2026 season. Archer reports Elliott will be on the field practicing Wednesday, but there’s been no word on any limitations or timeshare

Cowboys feeding RB Ezekiel Elliott a six-year contract extension that ties him to Dallas for the next eight seasons, through the 2026 season, per source.