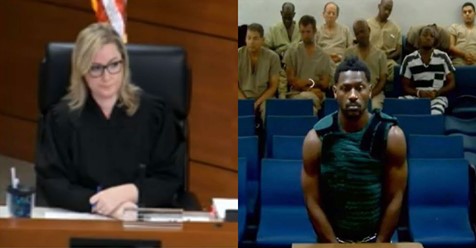 Antonio Brown Antonio Brown was granted bail after a hearing this morning. Bond was set at $100K and he will be required to get GPS monitoring, release his passport and guns, go through drug and alcohol testing and a mental health evaluation, according to ESPN’s Cameron Wolfe. Antonio Brown’s lawyers say he was “overcharged” & they believe when they return to court again the charges will be very different. He’s currently facing a potential life felony on the burglary with battery charge. It’s a very serious charge and they expect a lengthy process.

Hard to believe how fast Brown’s life has crashed down. He is clearly out of his mind and ironically that may end up being what saves him from a lengthy prison sentence when the smoke clears.

The judge ordered Brown to wear a GPS monitor, surrender his passport, and undergo a mental health evaluation. pic.twitter.com/IdCkH8jlcG