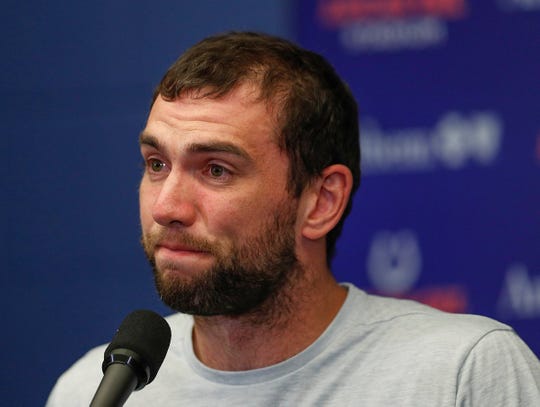 Andrew Luck was standing on the sideline laughing with teammates at Lucas Oil Stadium on Saturday as his Colts team played the Bears in a preseason game when the stunning news broke that the QB was retiring from the NFL.

Slowly fans received the news and didn’t hesitate to show Andrew Luck how they felt about the shocking news as he left the field.

#Colts QB Andrew Luck is booed as he leaves the field. pic.twitter.com/5Wr38cM7Js

Luck said of the boos during the postgame press conference where he confirmed his decision.