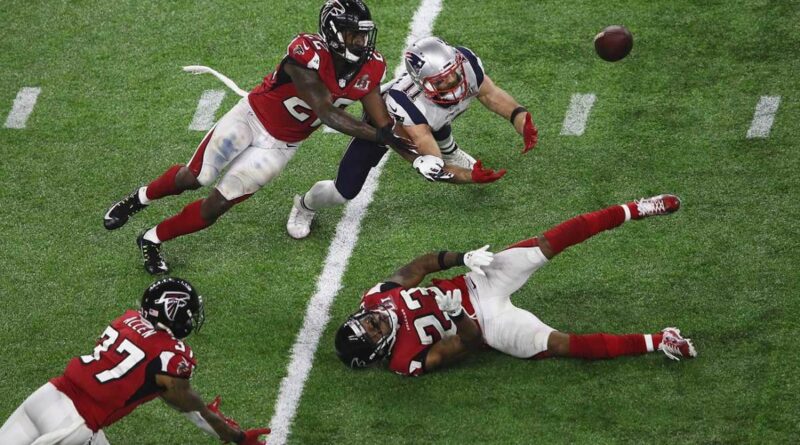 Kyle Shanahan surely hasn’t forgotten what happened in his last trip to the big game. Shanahan was the offensive coordinator for the Atlanta Falcons in Super Bowl LI when the Pariots made the greatest comeback in NFL history. The Falcons franchise has been trolled hard in the years since but now it is carrying over to the 49ers with Shanahan being their head coach.

One sportsbook is giving bettors an opportunity to wager on the 49ers blowing a 28-3 lead in the Super Bowl, according to ESPN’s David Purdum

“At sportsbook PointsBet, Shanahan is 100-1 to blow another 28-3 lead in the Super Bowl. Shanahan was the offensive coordinator for the Atlanta Falcons when they squandered a 28-3 lead to the New England Patriots in Super Bowl LI.”

The high powered Kansas City Chiefs offense has already had two great comebacks during this years playoffs and eventually annihilated their competition. They Chiefs were losing to the Houston Texans 24-0 in the second quarter of their AFC Divisional Round matchup, and won 51-31. They also fell behind 17-7 to the Tennessee Titans last weekend in the AFC Championship Game before trouncing them in a 35-24 victory.

Chiefs quarterback Patrick Mahomes is averaging 307.5 passing yards and four touchdowns through two playoff games, and his KC offense is averaging 32.7 points scored over the last seven games (including the postseason). Mahomes is currently the favorite to win Super Bowl LIV MVP at +100 odds.

The story of Super Bowl LI is the tale of an unforgettable comeback.

#SuperBowl Arthur Blank up in the press box grooving right now. Lol. Falcons are just too much for the Patriots, plus the turnovers, no mas. pic.twitter.com/TnVXHE7HeR